Back to: 17th century 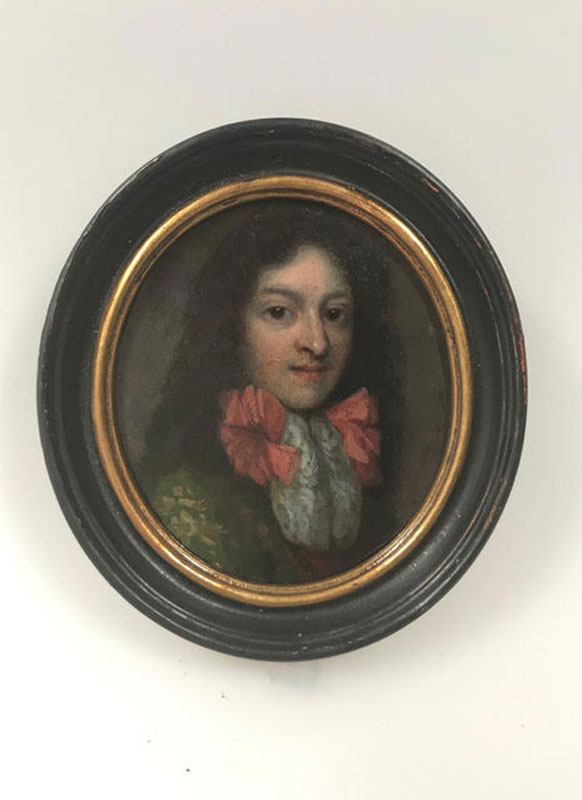 col. no.: 135
Oil on copper, oval 72 x 61 cm. France, ca 1680
This portrait of a young man seems to be of Charles II of England (1630-1685)
The form of his eyes, nose and underlip are much like his.
The cravat with the big red bow was fashion around 1680 and mainly in France and the Netherlands
When Charles II was much older .
Charles had eight illegitimate sons and the youngest son of Barbara Villiers, George Fitzroy, duke of Northumberland looked like his father very much and was fifteen in 1680.
In 1676 his mother took George and his brother and sister to France for their education , between 1681 and 1684 George staid in Venice, Luxembourg and the Netherlands.
That makes it plausible that this charming portrait presents George FitzRoy, duke of Northumberland
(1665-1716) during his stay on the continent .

Please feel free to come by to view this portrait miniature.

Ask a question about this product